The Yorkshire Sculpture Park in Wakefield is currently hosting the first major UK exhibition by world renowned sculptor Not Vital, reinforcing its already glowing reputation as a centre of both national and international importance in the world of modern and contemporary sculpture. This exciting exhibition features works in the Underground Gallery, Garden Gallery and 500 acres of breathtaking open air at YSP.

Born in 1948 in the remote village of Sent, part of the Engadin region of the Swiss Alps, Vital grew up with a deep appreciation of nature and the animal world. His work, often anthropomorphic, employs a subtle palette of silver, black and white reminiscent of the mountains and valleys he grew up beside.

It is said that when Vital was 15 he asked his father, a timber merchant, to cut down a number of trees so as to isolate one tree in particular. He then stood behind this tree and moved within the shadow it cast throughout the rest of the day whilst his father took photographs every few minutes. This kind of land art marked the beginning of a long and successful career that has seen his work exhibited in some of the most eminent places around the world.

With studios in Switzerland and China as well as homes in Rio de Janeiro and Niger, Vital’s nomadic lifestyle is apparent and reflected in the diversity within his art. His choice of materials range from paintings and works on paper, indoor sculptures from plaster, silver, gold, marble, glass and coal, to outdoor sculptures in stainless steel and bronze.

Vital is known for building incredible structures that blur the lines between sculpture and architecture, a practice which he terms SCARCH.

A perfect example of Vital’s SCARCH work can be seen on the roof of the Underground Gallery. House to Watch the Sunset (2005) is an aluminium model of the original work which Vital built from sun-dried bricks in an oasis in Aladab, Niger. The house is comprised of three floors each with a separate staircase leading to a viewing area built solely for the purpose of watching sunsets. Vital’s building is a striking addition to the stunning views of the surrounding Yorkshire countryside and draws a connection between mankind and the unseen forces of nature that shape our world.

Vital’s Moon (2015) was formed from individual sections of hammered steel welded together to create a perfect spherical form. Each indentation is based on existing photographs of the moon’s many craters. The highly polished surface reflects light and absorbs images of the surrounding landscape, mesmerising viewers as it appears to both glow and blend into it’s surroundings.

Situated in the Bothy garden at YSP, Tongue (2008) was similarly formed from stainless steel and reaffirms Vital’s bond with the natural world. The sculptural image of a cow tongue has featured in his work for many years. The undulating curves of the base stretch higher and higher until the tip seems to disappears into the sky. Vital’s sculptures have a habit of forcing the viewer to take a step back and look up. As I shielded my eyes to better observe the monolithic Tongue I wondered if I was experiencing the same humbling sentation Vital felt as a child gazing with awe at the mountainous peaks of the Swiss Alps.

On the Formal Terrace at YSP lies Vital’s Let 100 Flowers Bloom (2008). They refer to Mao Zedong’s 1956 campaign in China of the same name which encouraged citizens to openly express their opinions of the communist regime, only to subsequently punish those who dared criticise his leadership. These bulbous steel lotus buds look ready to burst and yet are held in permanent stasis as if afraid to reveal their ripe secrets within.

In their debut exhibition on the Underground Gallery lawn the five ghostly figures of Heads (2014) appear phosphorescent against the deep green of the yew hedging. The ceramic sculptures were made in Jingdezhen, China, the ceramic capital of the country (you might even say the world). Inspired by the people and the history of this city, Vital spent two years working on this delicate project. The large stacks perched provocatively on top of the five heads are reminiscent of the countless chimneys that were once used to fire the kilns of Jingdezhen, now made redundant by modern production methods.

Not Vital’s work will be exhibiting at the Yorkshire Sculpture Park until 2 January 2017, but I’d highly recommend visiting sooner rather than later! In this blog I’ve briefly touched on a handful of my favourite Vital works, but there is so much more to see both inside the galleries and in the open air.

As the seasons change and the surrounding landscape turns from lush greens to vibrant reds and golds, the Yorkshire Sculpture Park promises to be an inspirational, ever changing backdrop for nature lovers and art enthusiasts alike. Just remember to take your wellies! 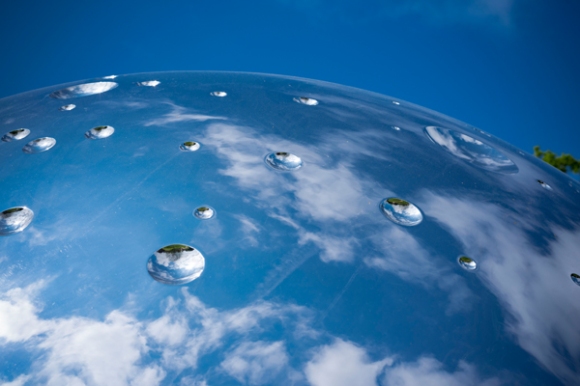 (Many of these images are courtesy of Jonty Wilde)